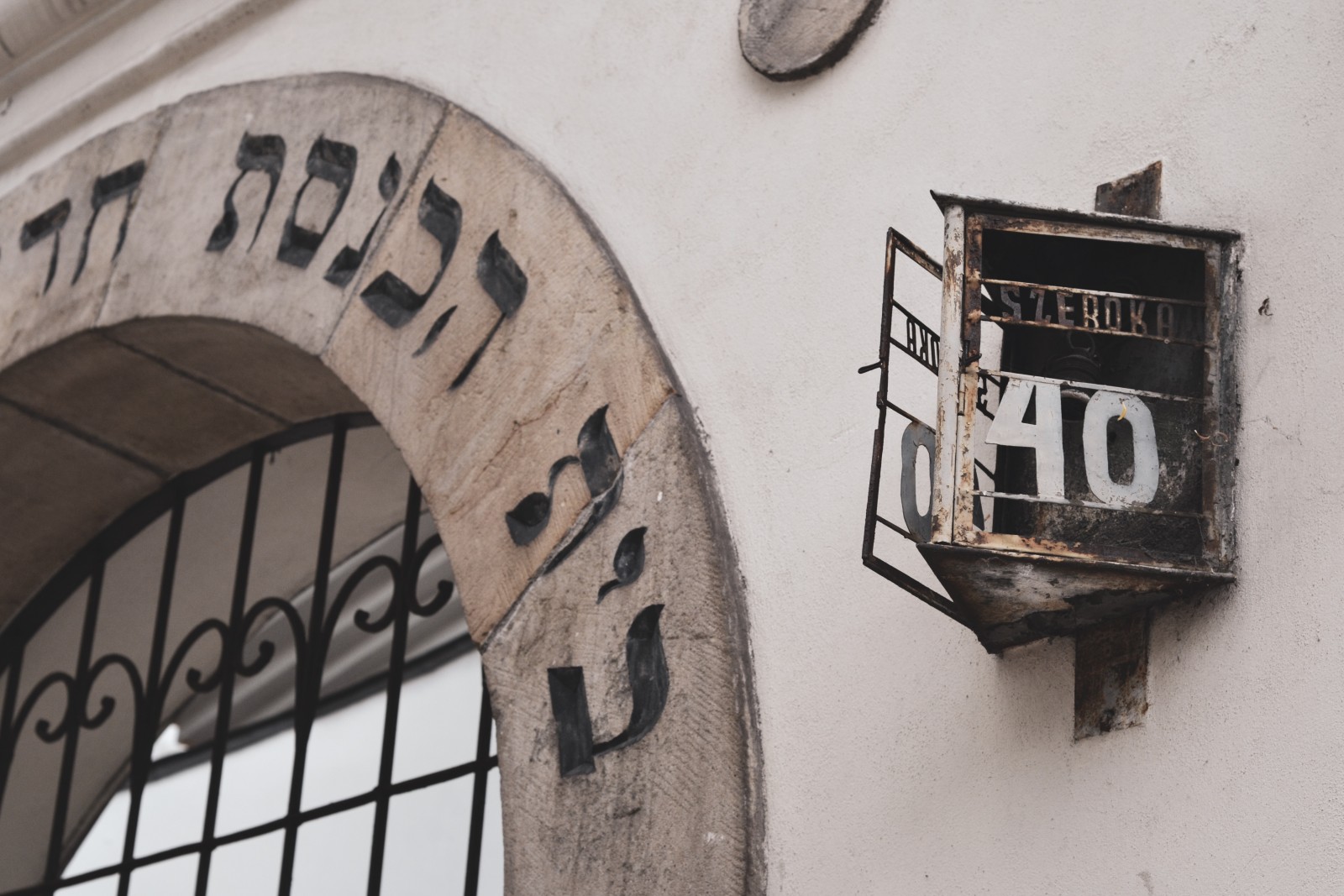 The Origin of Jews In Krakow

Kazimierz district is one of the most popular locations in Krakow. Its uniqueness results from the fact that this place for centuries used to be a home for two diverse communities of Jews and Christians.

The first mention about Jews in Krakow can be found in Master Kadłubek's chronicle. The Jewish society appeared here in the middle of 14th century They were an autonomous society, being under the authority of the King only. Before World War II Krakow was inhabited by over 64 000 Jewish people, which posed 25% of all residents of Krakow. So how did it happen that Jews came up in Krakow?

Jewish people used to fled from persecution from the Middle Ages. From the end of 11th century Christians, expelled Jews from their cities and towns, accusing them for crucifixion of Christ. These operations took place as a part of the Crusades. As a result, Jewish people escaped eastward and southward, i.a. to Poland. Poland became destination of Jewish community also because Polish lands were underpopulated areas, which attracted settlers from the whole Europe. Being experts from business, Jews grew rich on providing the interest-bearing credit called usury, which they were exclusive to. Despite the fact, that this practise was strictly dispraised by Christianity and Islam, both townsfolk, nobility, clergy, and even Polish monarchs, including King Ludwik Węgierski, Queen Jadwiga, King Władysław II Jagiełło and King Kazimierz IV Jagiellończyk, took out credit from them.

Because of their continuous movement from one place to another, Jewish people were blamed for bubonic plague spreading and further persecuted. However, Polish King Kazimierz the Great did not allow for persecution of the Jews in Poland. Here they could feel safe, which resulted in increase of their immigration to Poland. There is even the famous Jewish religious song which started with words: ‘’Oh Poland, royal land, where we've been living happily for ages…’’. In the times, when Spain used to force Jews to convert to Catholicism or they were burned at the stake, in Poland some Jewish people could even receive a knighthood. The Jews - as well as nobility, clergy, the middle class and peasantry – posed a separate estate. Their main occupation was running inns in villages and engaging in usury in towns. This is incorrect to link King Kazimierz the Great with bringing Jewish people to Krakow. The followers of Judaism coexisted with local Christians for over 200 years before his kingship and it was the Duke Bolesław the Pious who in 1264 provided them with freedom of religion, trade and settlement, under the Statute of Kalisz. The King Kazimierz only sustained these privileges and extended them to the whole country, which helped him to be remembered as an especially favourable to Jewish people.

Unfortunately, at night from 29 to 30 April 1494 in Krakow there was a terrible fire which gutted a significant part of the city, including the Jewish district. The responsibility for this incident was put on Jewish community, which had its consequences in plundering and destroying their lands. As a result, by virtue of a decree of king Jan Olbracht from 1495 which required the Jews to leave the city, Cracovian Jews started to move to the area of former Bawół village, whose centre was Szeroka Street. The Jews of Krakow, Bohemia and Moravia region as well as the Sephardic Jews from Spain and Portugal settled on this area, which resulted in creation of Jewish town on Kazimierz district, called Oppidum Judaeorum. This part of Kazimierz was separated from the rest with walls, according to existing rules. It is necessarily to mention, that creating the Jewish district, resembling ghettos, had no association with any acts of intolerance then. Separating Jewish territories was a common practice adopted in the whole Europe in that moment. In this way, from the beginning of 17th century, Szeroka Street became a centre of Jewish town. It served as marketplace which gathered around the citizens' lives.

The Man Who Spoke But Was Not Listened 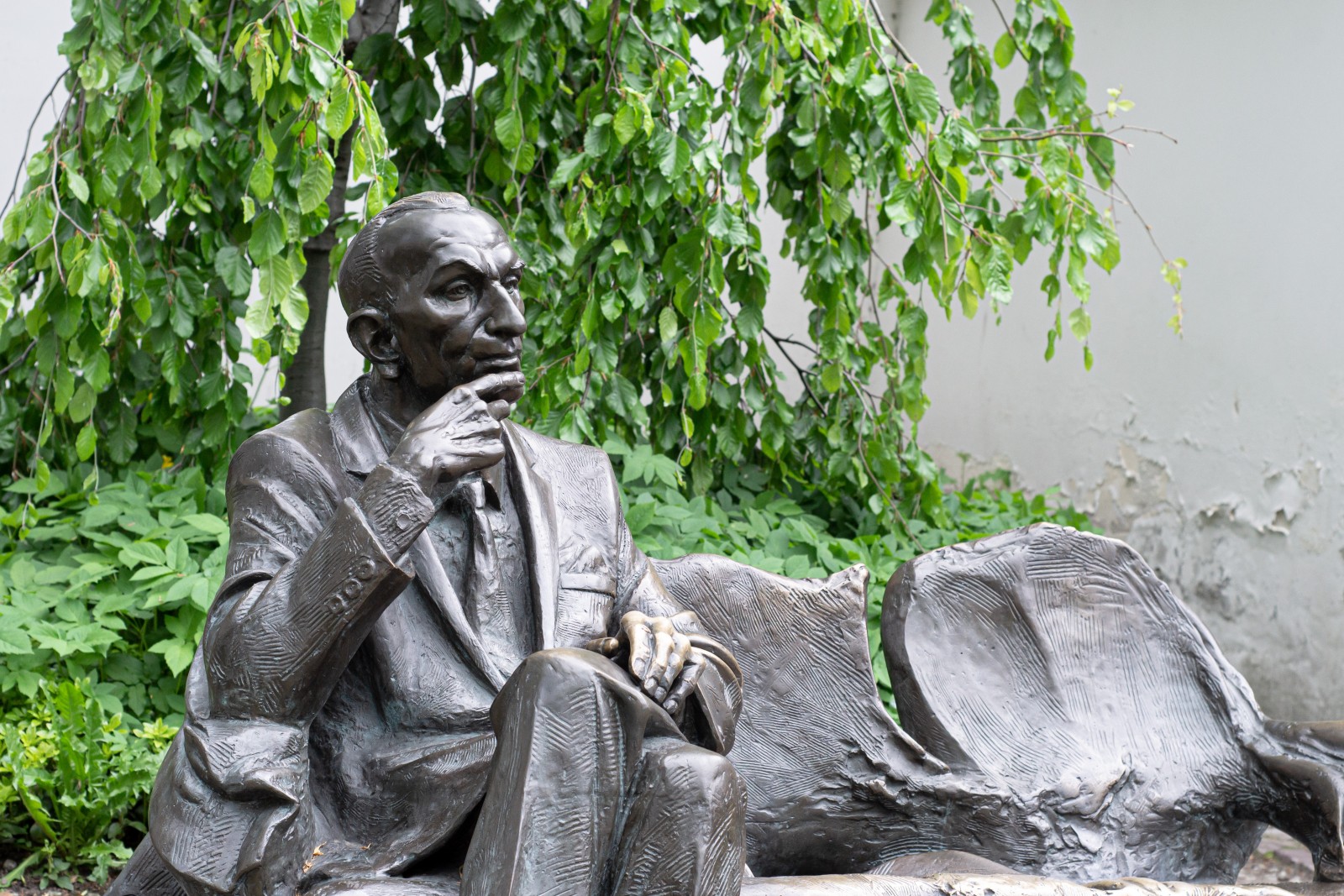 The Man Who Spoke But Was Not Listened

Wandering about Szeroka Street of Krakow Jewish Quarter, it is impossible not to stumble across a unique statue located in the heart of this place, right ahead of Remuh Synagogue.

Being the work of the local artist Karol Badyna, the statue presents an old, smart man sitting on the bench with his legs crossed. The man is a Polish-Jewish hero, Jan Karski himself.

Jan Karski was a legendary courier of Polish Underground State during II World War. This glorious emissary, putting his life in danger, got across the Warsaw Ghetto to prove to the Western world the truth about the Holocaust. In 1942 Karski informed the Allies about the mass extermination of Jews in Poland. For that reason, he is known as 'the man who tried to stop the Holocaust'.

For his courageous activity, Jan Karski was awarded with the highest decoration in Poland – the Order of the White Eagle. In addition, he was honoured by Yad Vashem with the titles of the Righteous Among the Nations and the honorary citizen of Israel.

The bronze statue of Jan Karski located in Krakow was unveiled on January 26, 2016 and it is the most recent of the Jan Karski Benches' series. The remaining benches, created by the same artist, are situated i.a. in Warsaw, Washington, New York and Tel Awiw. As the author emphasizes himself, Karski memorial bench in Krakow is different from the others – it is characterized by drama of those days. When we take a closer look at details, we'll notice that the bench is in the shape of imprinted bodies – this is the symbol of absence and emptiness after these people who used to live there not very long ago. In this way the statue brings associations with the Holocaust. However, despite being so popular, Karski memorial bench meets with opposition from the closest family of the deceased courier.

'History does not want to be a story. History still lives among us.'