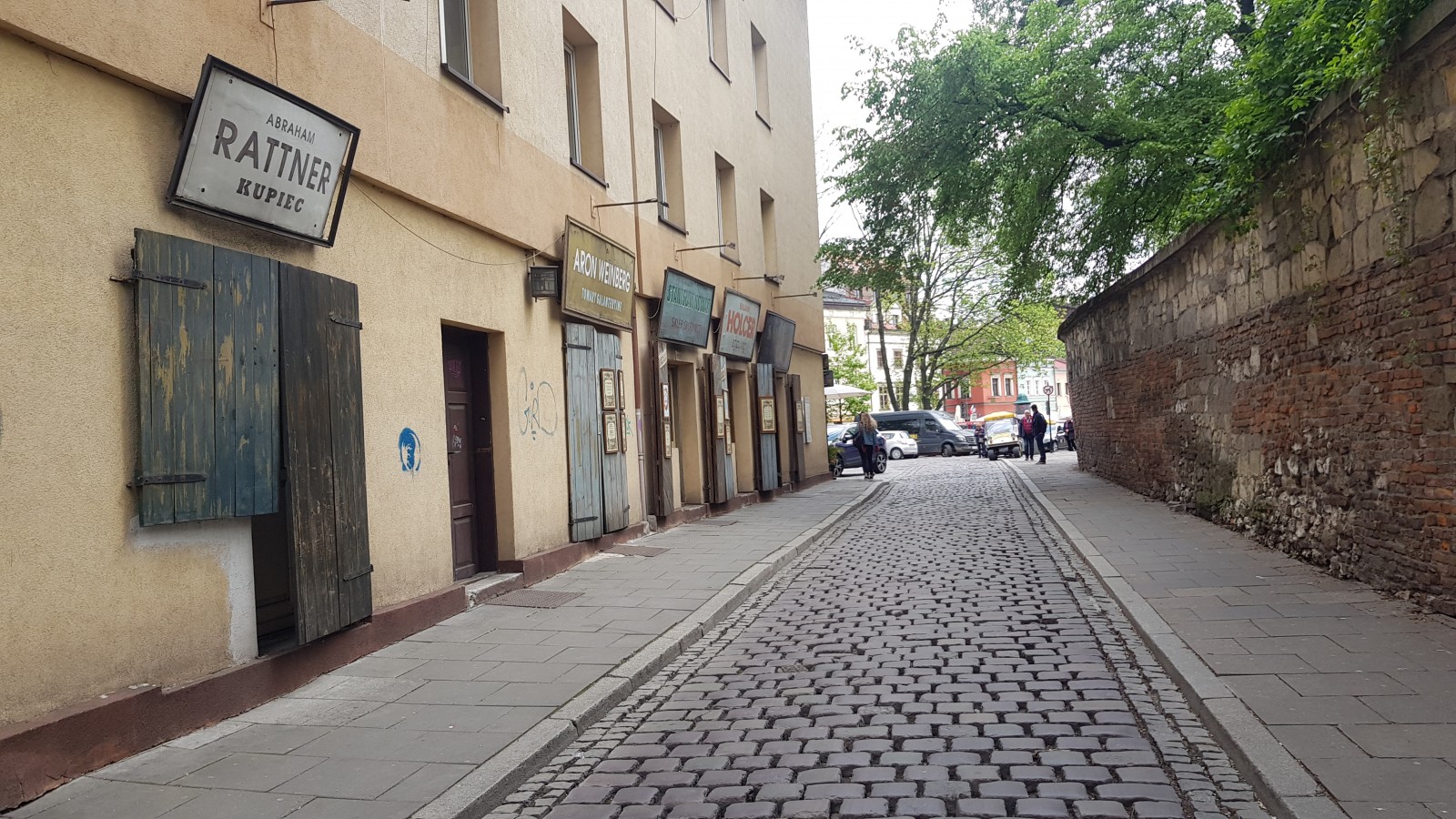 Szeroka Street couldn't be called in any other way, since it is the widest street of Krakow (and *'szeroka'* means wide in English). The street resembles rather a rectangular square, so that it was previously called Wielka Streat (E. Great Street).

Jews started to live in Szeroka Street as a result of a decree of King Jan Olbracht from 1495 which required from Jewish people to leave Krakow and settle on Kazimierz district (see: THE ORIGIN OF JEWS IN KRAKOW). Cracovian Jews moved to the area of former Bawół village, whose centre was Szeroka Street and where the lives of inhabitants were focused.

The evidence for the importance of Szeroka Street for residents of Kazimierz is the fact that four different synagogues have been located there, which was unique on the European scale. At the turn of 15th and 16th century, the first synagogue called 'Old' was built. Old Synagogue is not only the oldest synagogue in Krakow but also within the whole territory of Poland. The second synagogue in Szeroka Street – Remu – has been established in 1557 next to already existing Remu cemetery which is known from the famous Wailing Wall, resembling the one in Jerusalem. In 1620 in Szeroka 16 the third, Wolf Popper Synagogue was built. Before II World War, just behind Old Synagogue there was the fourth synagogue called 'Na górce' (E. 'on a little hill'). In fact, it just housed prayer rooms and small mikveh in the basements. What's more, on the other side of the street - Szeroka 6, there is a monumental building of ritual bathhouse, called Great Mikveh. Mikveh existed on Kazimierz from 1567 for the needs of Jewish community in Krakow. Nowadays it has been rebuilt and it is available for visitors.

Entering Szeroka from the side of Miodowa Street, you have a rare opportunity to go back in time. Old shutters, displays and signboards, where you can read the names of former owners like Nowak, Holcer, Kac, Weinberg or Kohan, evoke the atmosphere of those days. The interiors of shops and workshops have been furnished in old style and hotels and restaurants try to hark back to Jewish tradition. Despite the fact that Szeroka Street is no longer Jewish property and the synagogues are closed, it is not uncommon to meet there some orthodox Jews who are following the footsteps of their ancestors.

Szeroka Street can be recognised in some scenes of famous Steven Spielberg's film - 'Schindler's List' – where it played Zgody Square of Krakow's ghetto, known today as Plac Bohaterow Getta (E. Ghetto Heroes Square). Finally, Szeroka is really famous for the final show of annual Jewish Culture Festival in Krakow – Szalom in Szeroka - which is held there on every June from 1996. Within 10 days of the festival, over 150 artists present modern music and the event gathers more than 30 000 viewers from all over the world.