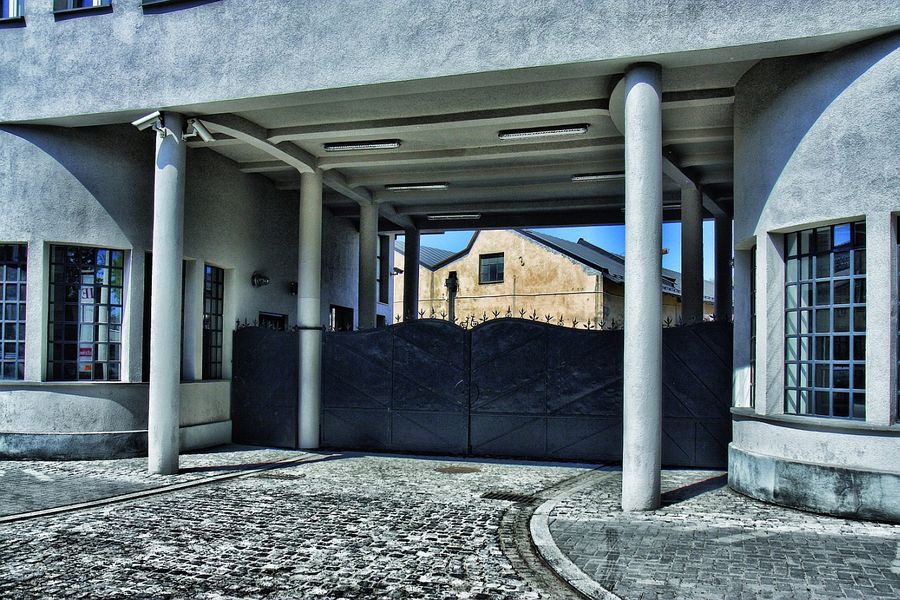 Oskar Schindler's Deutsche Emailwarenfabrik (DEF), widely known as Schindler's Factory, is one of the most important place to visit during your stay in Krakow, especially when you are interested in World War II.

You cannot miss learning the real history of a man who, being a German under Nazi occupation, saved the lives of over a thousand Jewish people. So-called Schindler's Factory was established two years before the Second World War by the three Jewish businessmen. However, in March 1939 it gave up its production and three months later it had to go bankrupt. As a result, on November 1939 a Suden German industrialist Oskar Schindler (1908-1974) took over the factory. Before the war, Schindler was famous for his interest in making quick money, drinking, and love affairs. When the German occupation started, he moved to Kraków in search of business opportunities.

Being a member of a Nazi party NSDAP and most probably also an associate of German Abwehr, Oskar Schindler managed to make a fortune of his Enamel Factory. The works produced enamelled dishes, pots and spoons, and from 1943 also arms related products including mess kits and artillery shells and fuses for the Wehrmacht

Initially, Schindler employed Jews for economic reasons – they were just free labour force. Actually, it was a common practice applied by many industrialists like Volkswagen, Bayer and IG Farben to profit from low-paid Jewish workers. But ghetto liquidation and resulting from this cruel deportations made Schindler aware that Jewish community is in trouble and he himself, being the owner of a prosperous company, is able to help them. Providing his Jewish workers with Kennkarte could save them from deportations and transports to death camps. Thanks to his good connections and bribery, Oskar Schindler got permission to create on the territory of his factory a subcamp of Płaszow labour camp, so that his employees were allowed to move there. In this way, the Jews could avoid the certain death in Auschwitz after the Krakow ghetto was liquidated on March 1943. Thus, the Schindler's Factory became a shelter for the elders, the sick and children, who entered in a so-called Schindler's List. Afterwards, when faced with losing the war the Nazis started to prepare for evacuation and liquidated the subcamp in Enamel Factory, Oskar Schindler established an ammunition factory in Brünnlitz (Czech Republic) and hired 'his Jews' there. Through his bravery and empathy, Oskar Schindler managed to save about 1 100 Jewisch people sentenced to death. In 1962, he was declared a Righteous Gentile by Yad Vashem and after his death in 1974, Schindler was buried in Israel at the Catholic cemetery on Mount Zion, as he had wished.

Today the former administrative building of Oskar Schindler's Enamel Factory houses the Schindler's Factory Museum which is the department of Historical Museum of the City of Krakow. The permanent exhibition presented there, entitled 'Kraków under Nazi Occupation 1939-1945', tells the story of the factory at Lipowa Street 4 in a broader historical context, including Krakow and both its Polish and Jewish inhabitants during World War II. The exposition has been divided into a dozen parts devoted to individual issues: the World War II, the role of Krakow as power centre of General Government, everyday life of Krakow residents during the war, the fate of Krakow's Jews, the Polish Secret State and also the story of Oskar Schindler, his workers as well as the German occupiers. The Schindler's Factory Museum was officially opened on 10 June 2010. The story of Oscar Schindler and his employees was firstly described by an Australian writer Thomas Keneally in his novel 'Schindler's Ark', whereas in 1993 Steven Spielberg made it into a movie - a world-famous 'Schindler's List', which was shot mostly in Poland.