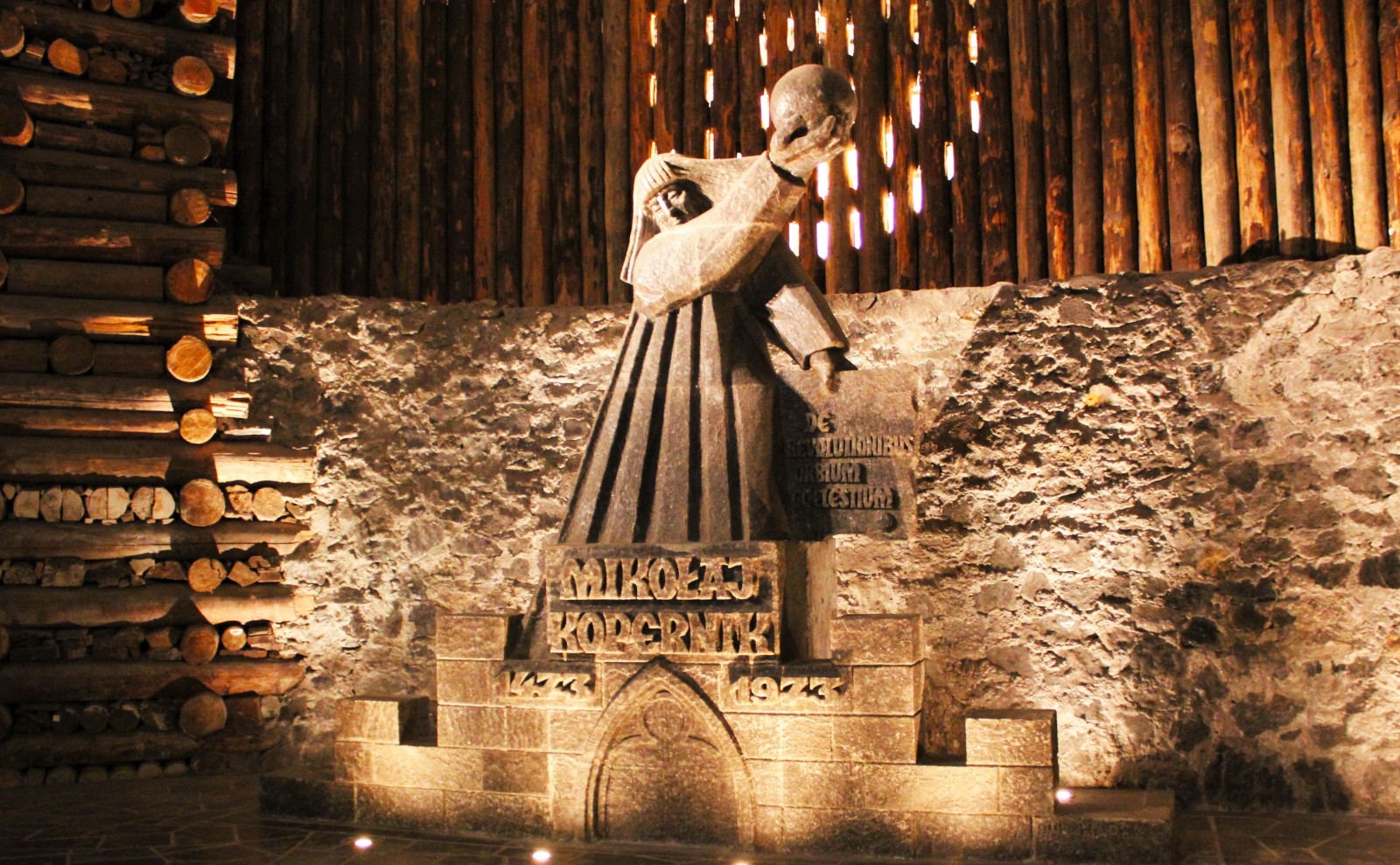 Wieliczka Salt Mine is a real gem of the southern Poland and a must see tourist attraction while staying in Kraków. The numbers speak for themselves - in 2018 the salt mine was visited by almost 1,75 million people from over 170 countries, which is a new record of this place.

Clearly, fame of Wieliczka grows from year to year and tourists are not intimidated by the 800 steps which they need to climb during their adventure. Everyone wants to see the salt deposits which were formed about 13,6 million years ago. The underground Tourist Route was created at the turn of 18th and 19th centuries and continued to be expanded over the years. Spread over nine levels, the mine has 245 km of tunnels, but only 2% of the labyrinth was made available for tourists, who cover the distance of about 3 km. Going down into the depth of 135 meters, they can admire wonderful salt sculptures, underground saline lakes and visit 20 magnificent chambers, including the most impressive Chapel of St. Kinga. Being the most remarkable chamber on the route, it astonishes with its size, crystal chandeliers hanging over visitors’ heads and biblical scenes presented on the walls.

According to a local legend, the emergence of salt in Wieliczka town is due to a Hungarian Princess Kinga, who lived in 13th century. Having married the Duke of Kraków Bolesław Wstydliwy, Kinga was gifted by her father with a mine located nearby Marmarosz town. Unable to take her marriage gift with her to Poland, she dropped into one of the mine shaft her engagement ring. On arrival to Kraków, Kinga ordered the miners, who were brought with her to Kraków, to dig in the ground in search for her jewel. In this way the miners came across the first lump of rock salt in Poland with Kinga's ring inside it. It has been believed that this ring brought salt from Hungary to Poland and for this reason Kinga has been recognized as one of the patrons of miners.

But there is also more realistic way of explaining the discovery of salt mines on Polish land. In the distant past, during the neolithic period, salt used to be extracted from local springs through heating their salty water, so-called brine, in small clay pots. In fact, Wieliczka is the place where the oldest vessels in Central Europe designed for salt extraction was excavated. This valuable competence of salt acquiring was passed down for generations - this art was extremely appreciated as salt was essential for preservation of meat and fish. However, at the turn of 11th and 12th centuries, surface salty waters began to dry up and there was an urgent need to seek for brine underground. As a result, they started to construct wells. When such a well was successfully dug, salt water was drawn and heated just like before. One time while digging such a well, the first blocks of rock salt were found. This accidental discovery of 13th century revolutionized the method of salt extraction forever. Within the same century the first mine shaft was hollowed out.

The development of salt industry in the area of Wieliczka town falls within a period of Kazimir the Great reign. It is important to mention that the incomes from salt excavations in Wieliczka constituted even 1/3 of all the incomes the royal treasury. The huge profits from salt mining made it possible for the king to found the first higher educational institution in Poland – the Krakow Academy. At the end of the Middle Ages, about 300-350 miners were employed in Wieliczka Salt Mine and even 7-8 tonnes of salt were produced there every year. The salt mine began to grow in popularity and therefore the first visitors were allowed to visit the underground city. It was recorded that the very first guest of the mine was Nicolaus Copernicus, who, in all likelihood, paid a visit there in 1493. Until 18th century salt in Wieliczka was acquired not only from salt blocks but also from brine. It was only in 1724 when salt evaporation was abandoned and mining methods were used exclusively. The number of tourists were constantly increasing and Wieliczka became recognizable on the map of Europe, being more often mentioned in European literature and appreciated by various great researchers and travellers.

The year 1978 proved to be a breakthrough for the reputation of the mine in the world, because this is when Wieliczka was included into the World Cultural and Natural Heritage UNESCO List. In 1996 a decision was made to cease production of salt in Wieliczka Nevertheless, there are still several hundred miners who work underground every day and make sure that the mine is a safe place for tourists. In addition, they still improve this place – renovate historic chambers and expand the tourist route – to keep it in good condition for next generations and attractive for the tourists. And it surely is: salt cauliflowers on the walls, stories of mine ghosts and numerous multimedia presentations highlight the beauty of Wieliczka Salt Mine and encourage to explore the mysteries of this underground world.