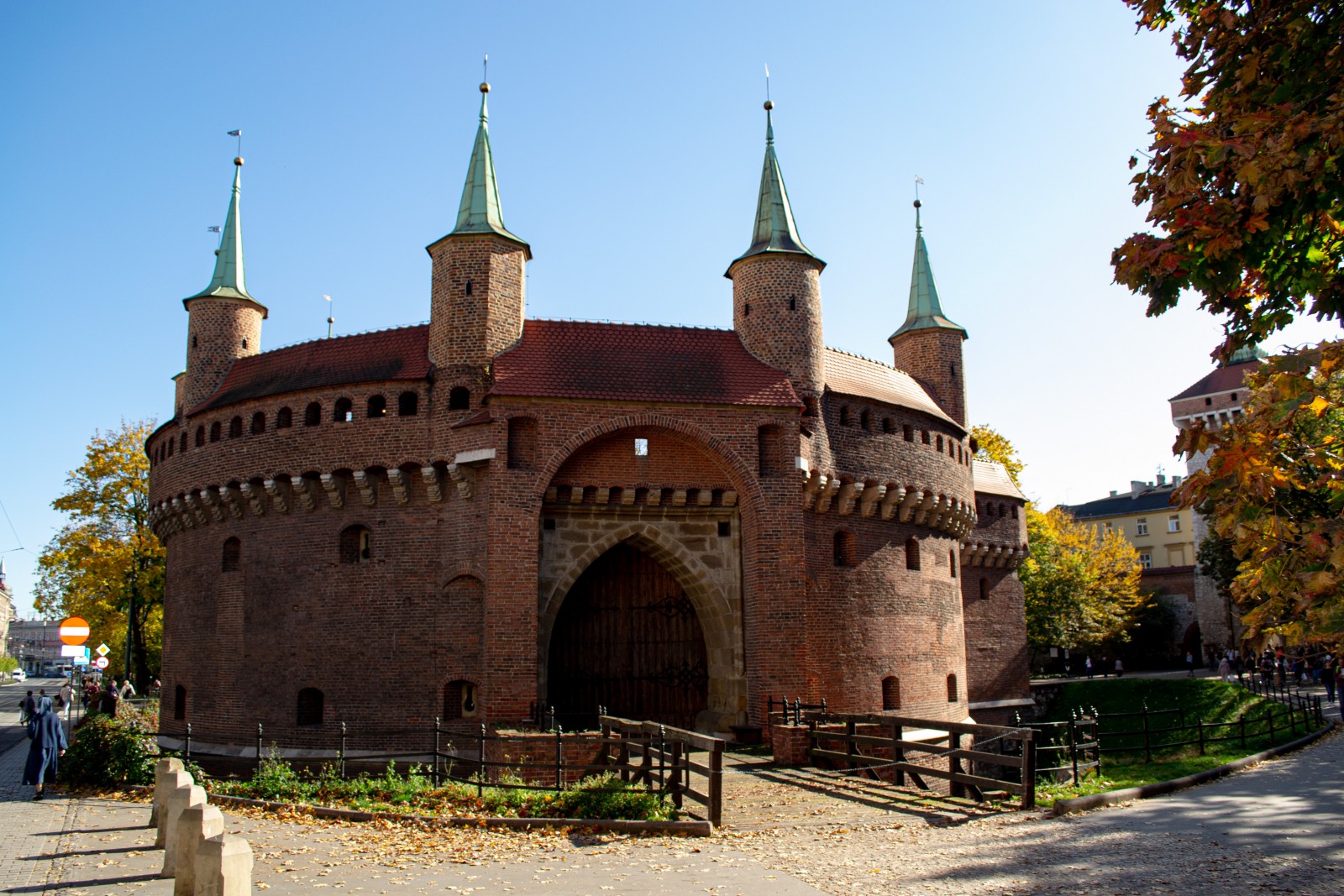 he Kraków Barbican is the element of medieval city's fortifications. Located in the centre of the Planty Park, just between the St. Florian's Gate and Basztowa Street, it is one of the most precious monuments of Kraków and one of the last remains of defensive structures in Europe.

Barbicans started to be built at the beginning of 15th century. They usually had a form of round, brick constructions which were situated outside the main line of defence and connected to the city walls. The principal role of the barbicans was to defend the main city gate. For this reason the walls of the building were provided with numerous loopholes, which gave the possibility of shooting up the enemies from the top.

The Barbican of Kraków was erected in the years 1498-1499 under the reign of Polish king Jan Olbracht, who feared the attack of Wallachian, Tatarian and Turkish enemies, threatening Kraków at that time. The king himself laid the cornerstone for the construction, whose main function was to protect the main city gate of St. Florian, which it was connected to. Built in the Gothic style in brick and stone, it had seven watch towers. The walls of 3 metres thick, which was surrounded by 30-metre-wide moat, made the barbican extremely difficult to get through.

Being the main northern entrance to the city, Barbican used to co-create the beginning of the famous Droga Królewska [E. the Royal Route]. It led from St. Florian Church, through Barbican, the Florian Gate, Floriańska Street, the Main Square by the Mariacki Church, then down Grodzka, Senacka and Kanonicza streets up to Wawel Castle. Droga Królewska was the historical coronation path as well as the funeral corteges of Polish monarchs. This is the way all the important foreign diplomats trod, and where Polish kings, returning after battles and being welcomed by the crowds of Kraków's citizens, used to come back to Wawel. For this reason Barbican was called The Gate of Glory (Porta Gloriae) of Kraków city.

Nowadays, Barbican stands as a museum and it poses a branch of the Historical Museum of the City of Kraków. It serves as a venue for multiple exhibitions. The 500-year-old fortification also features interesting sport events such as Polish championship in fencing or presentations of knight tournaments and court dances. Barbican is accessible for the tourists, who have the opportunity to get inside the building and become acquainted with the history of Kraków's defensive architecture.